I had encountered the visual problem since I was in secondary school. I went to get a pair of eyeglasses from some general optical shop. I did not think I would realize the difference between the good quality and the poor quality ones being that young I got to know ISOPTIK because of my father. He wears progressive eyeglasses and he highly recommends that I got my eyeglasses made them. He told me that ISOPTIK conducts the best eye examination and vision test.

The semi-progressive eyeglasses I received from ISOPTIK are quite distinctive to the ones I previously used. The difference is clearly marked by the visual clarity and the sharpness of the image. 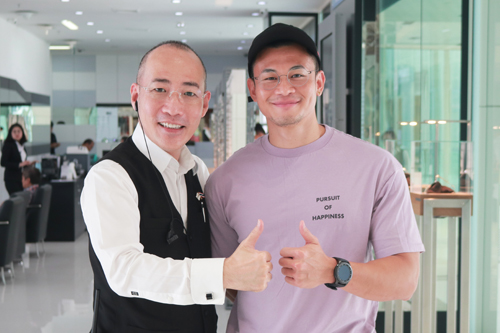 That was when I realized that the old eyeglasses did give side distorted image, which made level or distance speculation off and unrealistic. Everything they do at ISOPTIK is distinctive to the other optical shops, the eye examination, the vision test, including the quality control of the eyeglasses and the service. With the drastic difference of product and service offered and the much better outcome of my investment, I place ISOPTIK as my number one optical boutique that I trust and will come to for vision solution for the rest of my life.