What is a lazy eye (amblyopia)?

When we are born we cannot see properly and we must learn to see as we get older. Vision develops very rapidly in the first three years and continues until we are about seven or eight years old. If a squint develops, or we need glasses, our visual development may be delayed and, if not treated, may never reach its full potential. If our vision is reduced and under developed, it is called lazy eye or amblyopia.

What are the symptoms of amblyopia?

Because it usually causes no symptoms, amblyopia often goes undetected. Unless the child has a squint or other obvious abnormality there is nothing to suggest the presence of amblyopia to even the most perceptive of parents. The child accepts having one good eye and one poor eye as being a normal situation. Amblyopia must therefore be detected by testing vision in both eyes independently.

Why does a person need to wear a patch?

Occlusion (patching) is used to make a lazy eye work on its own and so improve the vision by encouraging the development of the nerve pathways from that eye to the brain. The patch is worn over the good eye and the amount of time the patch must be worn is decided by the orthoptist and relates to the extent of the visual problem. If patching is implemented early on, a good level of vision can be achieved. When patching is started in an older child, it is more difficult to achieve good vision. Vision often cannot be improved by patching after the age of eight as the development of the eyes, has then largely reached its mature level.

What is a squint?

A squint or strabismus occurs when the eyes are not aligned properly, e.g. one eye may turn inwards, outwards, up, or down. When one eye turns the eyes can no longer work together as a pair and a squint develops. This may occur at any age and commonly occurs when someone is longsighted. A squint is a binocular vision problem. Untreated squints can lead to loss of vision (lazy eye) in the squinting eye and should always be assessed by an Orthoptist even if it is only apparent some of the time. A child is never too young to be examined or for treatment to commence. Often,the sooner treatment is started, the better the results. It is never too late to treat a squint which is cosmetically unacceptable and glasses, prisms or surgery can give good results in many cases.

When do squints develop?

Squints can occur at any age. A baby can be born with a squint or develop one soon after birth. This is called infantile squint. Sometimes a baby has a pseudo squint where the shape of the face may give the appearance of a squint, although there is not a true deviation of the eyes. In these cases, the appearance will improve as the child grows. A baby will not grow out of a true squint and should be assessed at the earliest opportunity. Where the eye wanders some of the time and appears straight otherwise, this is still a squint and can be the sign of an underlying problem.

What causes a squint?

A squint is caused by the eye muscles not being balanced correctly and this prevents the eyes from being used together correctly. The cause of squint may not be obvious but can include a family history, long or short sightedness, injury or viral illness.

How will a squint affect people?

The ability to use both eyes together as a pair is termed binocular vision. A squint may result in loss of binocular vision, reduced vision (amblyopia) and poor appearance. A person without binocular vision will not have full 3-D vision or appreciation of depth. Reduced vision occurs in a squinting eye not being used as much as the other, as the brain ignores the squinting eye and the vision doesn't develop properly. If a squint remains untreated, the vision of that eye can be permanently damaged. Depending on how much the eye turns, the squint may be very noticeable which, can be distressing to the person if commented on.

Low vision is a subspecialty within the professions of optometry and ophthalmology dealing with individuals who have reduced vision even when using the best possible spectacle or contact lens correction available. It can be a result of either congenital disease (e.g. retinitis pigmentosa) or acquired factors (such as in some forms of optic atrophy).

Anyone with reduced vision not corrected by spectacles or contact lenses can be considered to be visually impaired. The World Health Organization uses the following classifications of visual impairment. When the vision in the better eye with best possible glasses correction is:

less than 20/1,000 : is considered near-total visual impairment, or near total blindness

By age: Visual impairment is unequally distributed across age groups. More than 82% of all people who are blind are 50 years of age and older, although they represent only 19% of the world's population. Due to the expected number of years lived in blindness (blind years), childhood blindness remains a significant problem, with an estimated 1.4 million blind children below age 15.

By gender: Available studies consistently indicate that in every region of the world, and at all ages, females have a significantly higher risk of being visually impaired than males. Geographically: Visual impairment is not distributed uniformly throughout the world. More than 90% of the worlds visually impaired live in developing countries. 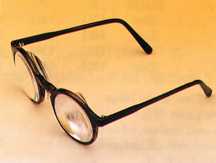 Strong reading glasses are a convenient option because both hands are left free to move the reading material, or to work on a project. 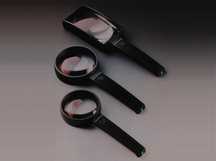 Hand magnifiers may be tried if greater magnification is needed. Some hand magnifiers have a built-in light source that provides increased contrast for reading. 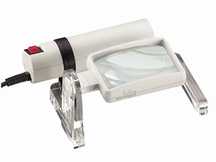 Stand Magnifier- A stand magnifier rest right on a page of print. As long as the magnifier sits on the page, the letters remain in focus. Greater magnification can be achieved with this type of magnifier. 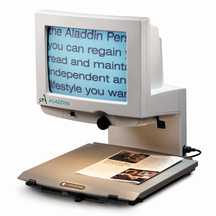 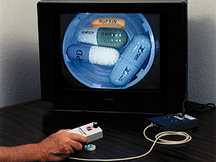 Portable Electronic Magnifier Portable electronic magnifiers feature a hand-held scanner that hooks up to any TV or computer monitor. 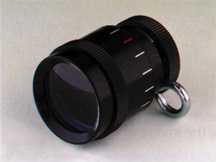 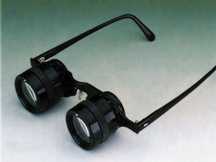 Spectacle-mounted telescopes can be either monocular or binocular. These can be worn comfortably for long periods of time, leaving both hands free 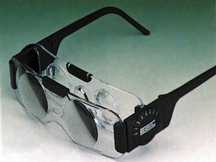 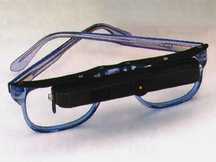 Telescopes with variable focus and improved cosmetics can be used in the workplace.