From Master Bobi : From the Heart of the Extraordinary Mastermind 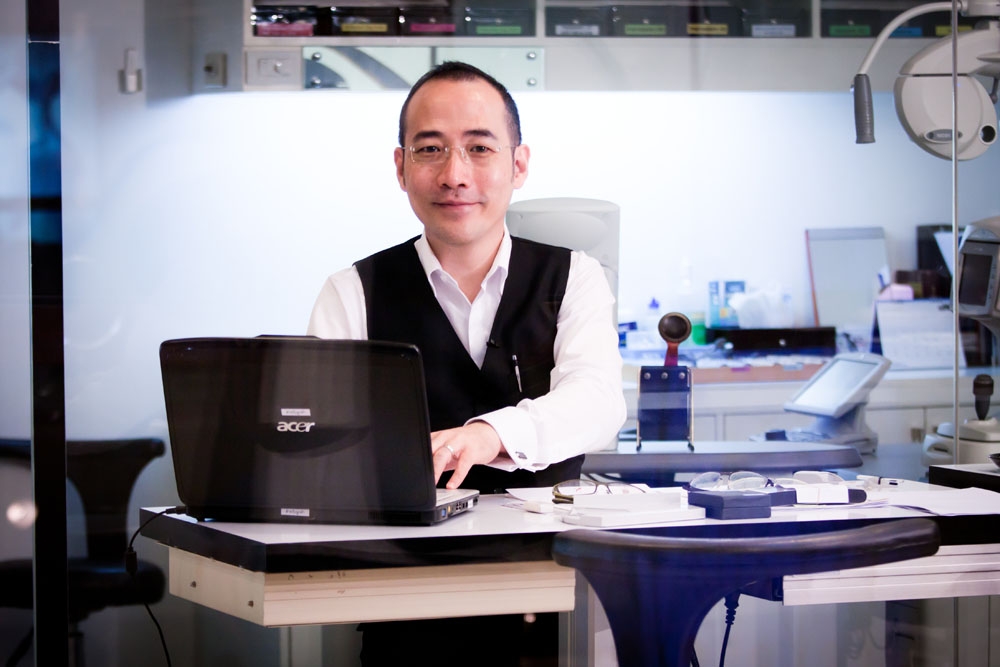 From Master Bobi : From the Heart of the Extraordinary Mastermind

" Most people look at me and label me as a strange, frighteningly straightforward and a true believer in God. I am an extremist, If I want to achieve something, I would go extra miles to make it happen. I’m not a moderate person, and I have no shades of grey. It’s either black or white. It’s either left and right. Before committing myself into doing something, first I think, and then I decide. If I do not think I can do it well, I will not do it at all. In contrary, if I decide to do something, that means I think I can do it well, and I would do my best to reach my goals. I would literally devote all my resources and put my life on the line if I want to work on something. Unsurprisingly, many people do not get me for the kind of person that I am. "

I was born this way. Therefore, those who know me believe that I am one of the bluntest and most straightforward persons in the world.

In Thai proverbs, there’s a saying “kwan-pa-sak”, literally, it means an axe to chop hardwood. Using an axe to cut a log of wood is not a delicate operation. A large tool is used forcefully to carry out a task. This proverb means to tell someone something bluntly, without sparing their feelings. However, I am the kind of person that goes beyond this saying. For example, instead of a log of wood, if you tell someone to use an axe to cut a steel, which is impossible to cut, he might give up, but I will not. Vice versa, I am the kind of person who will use the steel to cut the axe, because I believe that an object that moves fast enough at a certain speed, can cut even the hardest thing as a tank armor with kinetic energy. This is to explain that I am the kind of person that is ready to die trying to prove something that I believe in, without any regrets or hesitations. I do not care what the future holds, or where it leads me to. I cannot put myself to sleep unless I lay my hands on it and get it done.

During my childhood, I was an odd one out in my family. They found it very hard to understand me. They thought I was crazy and my dream goal was just a hallucination. I was constantly made fun of, and I wondered why they did not see what I saw. I felt left out. In my world, I saw the future that the others did not see, and it was just difficult to try to make them understand what I envisioned. It was not their fault that they lacked of belief.

At school, the situation was similar, sometimes, I felt bored of all the conversations that were going on among friends. Teachers and their lessons were boring, and so was school.

I went to a school called Buranarumluek, which was one of the strictest school in the world with very strict disciplines. Students were not allowed to ride motorbikes. For female students, no t-shirts, no shorts, and no fancy haircut were allowed.

Male students were forbidden to wear trousers. Anything to do with lavishness was also forbidden. As far as I can remember, there was not a single day I did not get punished. The reasons for punishments were varied. They happened too often that I got used to them. Punishment area in school was my second home. I was a rebel in class who did not pay attention, and hardly turned in my homework assignments. I did poorly academically because I was not fond of reading, but I knew things and understood enough that I passed all the examinations. The teaching techniques were not interesting enough to get my attention. However, the turning point took place when I was in my first year of secondary school.

Principal Marasri was the Head of school at that time. She taught Mathematics, and she was well known for being very fierce and strict. One day, during the most difficult Mathematics class, no one was able solve the equation on the blackboard. All of the sudden, I became enthusiastically attentive. I looked the long lines of formulas and numerical numbers to figure out just one answer and did not agree with the complications. I had my own solution to simplify things and so I raised my hand, asked for a permission to present my solution in front of the class with just three lines of formulas. Principal Marasri was surprisingly pleased.

She and the other teachers started to see something in me. They gave me a chance to be the school’s representative, and I became involved with a lot of school activities. If there was a time machine, it would be nice for everyone to be able to go back to their childhood, to correct things they wished they did not do, and had a role model who could give them advices they needed. Today, many teenagers feel lost and lonely. They do not know what they want to do with their lives. They are like a car with a speed limiter. Someone has to unlock the speed, then they can go as fast as they can.

In the past, I used to be jealous of those who got better grades. I think I am now way ahead of them. This goes to say, grades are not the most significant factor, and good grades are not necessarily the success indicator.

A lot of people cling to their own opinion that good grades are the key to their success. The problem with the good graders who do not involve themselves in other things, is that they are all about theories and what is stated in the textbooks. In reality, there are so many other aspects in life to bear in mind, especially in this competitive business world. Meeting obstacles in the real world are shockingly unexpected and different from the textbooks. If they only follow the guidelines from the textbooks and do not think outside the box -- they are doomed to failure.

I think outside the box. I make big investment and dare to launch 2 million Baht pair of Super Progressive Individual Lenses to the market this year, during the economic downturn. In addition, I launch a promotion campaign by offering a package of free 18 pairs lens replacement and 30-year product warranty. We join hands with Bangkok Bank credit cards, which customers can choose to pay 10-month installments at 0% interest rate. Now, my hands are full. We sell so well that our customers have to wait up to three months to obtain their eyeglasses. We were outsold within a few days after the launch of the campaign.

In my view, each problem can be solved in many different ways depending on how you see and define your problem. I am a thinker, and I think beyond the boundaries. I can spend 24 hours to think about anything. The minute I wake up, I start to think. Within five minutes of walking to the bathroom, my brain probably generates about 100 inputs and ideas. My brain works so fast that I need a team of 5 secretaries to keep up with my work.